From the chronicles of Verse farm - farmer Christoph tells our story

Our farm looks back on a long history.
Exactly how long agriculture has been practiced in Melbecke is unknown.
However, old documents show that our family has been running the farm since the 14th century. More than 700 years ago, in 1307, the name Veeße was first mentioned in connection with the farm. At that time the court was a feudal court that belonged to the Counts of Arnsberg. The feudal people Veeße renamed themselves Verßen in 1395. In 1468 the family was able to buy the farm and some land from the count, and more land was added gradually until 1632. The next name change came in 1691, and we've been called Verse ever since. 1769 was a bad year:
A fire destroyed the house and the stables. In 1771, our ancestors began building a half-timbered house, and in 1773 they were able to move in. This historic half-timbered house is the main building of our farm to this day. In the period between 1865 and 1936, the Verse farm comprised about fifteen hectares of arable land, twenty acres of grassland and pasture, twenty acres of forest and more than one hectare of vegetable gardens and orchards. The farm had about fifteen dairy cows and two bulls, forty pigs, twenty chickens and seven heavy workhorses.

Our grandparents Julius and Helene Verse took over a mixed farm in 1936, as was common in the Sauerland at that time. They looked after the cattle, cultivated grassland, cultivated grain and managed forests. Over the years, our grandparents leased additional land and increased the number of livestock. While working on the farm, they were supported by several employees until the 1960s. Self-sufficiency was a matter of course, as was home slaughter. Until around 1960, the cold-blooded horses did heavy work in the fields and in the forest. After that, tractors and machines prevailed and replaced the workhorses.
Our grandparents ran the farm until 1977. Then our parents Hans and Margarete Verse took over the farm.

Modern times come to the court with verses

With the handover to our parents, modern times dawned on the farm. Specialization was the order of the day and the experts advised dairy farming. So Hans and Margarete went on their way, toured the first cubicle barns in northern Germany and the Netherlands and decided to transform the traditional mixed farm into a forward-looking dairy farm. Construction work began quickly and by Christmas 1978 seventy dairy cows were able to move into their new, ultra-modern barn. At the Open Farm Day in the spring of 1979, the crowd was enormous, because our barn was one of the first in the area. Interest was also great in the following months, and buses with farmers from Germany and the Netherlands came regularly to visit our progressive barn.
After the interest of the professional world had subsided, our farm remained a popular destination for school classes who wanted to learn something about modern agriculture.
In 1995 I, Christoph Verse, took over the business as a young farmer. Even when times got tougher for farmers and milk prices fell, we kept going. We bought more milk quotas, leased additional land, increased our livestock and planned to expand the barn.
Unfortunately, that didn't happen because in 1999 I had an accident at work with a serious knee injury, and by 2002 there were three more accidents at work.

The last accident resulted in a serious, chronic illness, so that with a heavy heart we had to give up dairy farming.
In 2005 my brother Andreas Verse became the owner of the family farm. Chickens were now the only livestock on the farm.
We expanded chicken farming and were able to market the eggs directly until 2014. Then we gave up keeping chickens because of my parents' age and for health reasons. Since then we have been writing a new chapter in the long history of the farm together: the transformation of the traditional farm into a modern vacation farm in one of the most idyllic areas of the Sauerland. 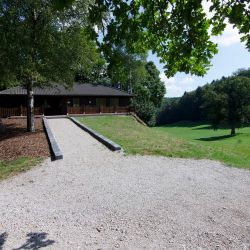 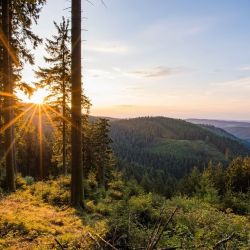 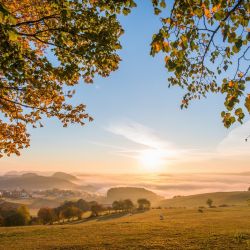 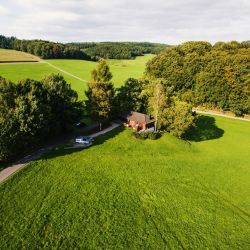 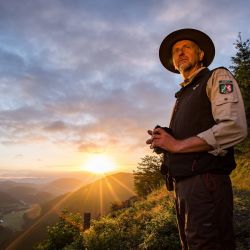 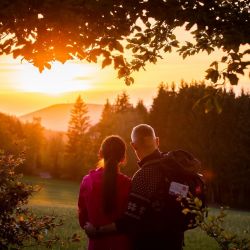 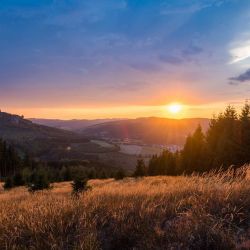